Where to go for Amazon tour in Ecuador?

Ecuador is an astonishing country for wildlife lovers. It has access to the upper regions of the Amazon river that has the highest biodiversity on Earth.

The Amazon rainforest is a flora and fauna paradise! 'It is a fabulous destination for ecotourists, bird watchers and photographers.

There are also activities for travelers with kids. So your destination will not only be mean to relaxing and appreciating nature, but also for having fun together as a family.

Yasuni National Park is the best place for passionate nature-loving tourists to get in touch with the enthralling world of the Amazon rainforest. It covers the most extensive area of all the national parks in Ecuador and has the best lodges to stay. Also, it is the place with the least human interference in the past years. But it’s also one of the hardest to reach what makes it pure and not so dense with tourists.

There are a couple of wonderful observation towers for bird watchers and some lodges even have canopy walks. You can also do a day trip to the Panacocha lagoon where it is possible to see Pink Dolphins 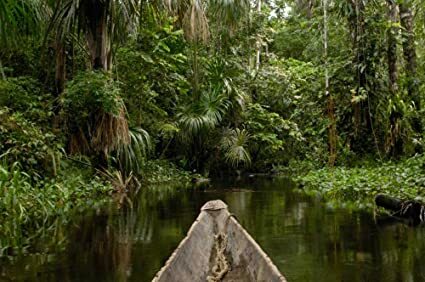 The reserve is located in the northeast of the country, in the provinces of Sucumbíos and Orellana, on a wide plain very close to the Andes foothills. That is unique throughout the Andean-Amazonian region.

There are 7 indigenous communities in the reserve and only tours accompanied by licensed naturalist guides from the community are allowed.

This reserve is absolutely stunning if you want to explore indigenous cultures visit tribes and untouched nature.

Tena is more or less the very beginning of the Amazon river and it’s majestic Napo River part. As such, the area is clearly different from the Yasuni National Park or Cuyabeno. It is not a National Park and you should not expect to see undisturbed nature and pristine rainforest.

If you are alarmed by insects, snakes and other crawly things then Tena can be a good dilemma. You won’t be able to see the kind of animal diversity as other parks, but it’s still possible to see astonishing birds, monkeys and get a general sense of the Rainforest.

As the area around Tena is a lot more civilized, outdoor adventures such as river kayaking, rafting or hiking the Sumaco Volcano are possible.

Probably the most genuine rainforest experience you could possibly find in Ecuador is the Kapawi Lodge. It’s not located in a National Park, but it is run by the Achuar indigenous community in the very Southwest of Ecuador - right in the heart of nowhere.

As the park is run by the Achuar people, you get in contact with their ancestral lifestyle. A very good alternative for those who really want to go off the beaten tracks.

See other briefs for Ecuador

How to get to Quito downtown from Airport - Ecuador

What to eat in Ecuador? - Ecuador

What to do in Ecuador - Ecuador

What are the best beaches in Ecuador? - Ecuador

What to do on Galapagos Islands? - Ecuador

Where to hike in Ecuador? - Ecuador