Where to hike in Ecuador?

In Ecuador, you’re never far from any hike.

Once approaching Quito airport, your plane will land in a canyon, with views of the magnificent Ecuadorian Andes in all directions.

The landscape is a swarm of volcanoes and snowcapped tops, cloud forests, ancient ruins that is perfect for any style - wild or remote hiking adventure.

This crater lake next to the town of Otavalo was created after a huge eruption approx 3,100 years ago. The hike can be done in a day and it will take approximately five hours to get around the lake. If you’d prefer not to walk, then you can rent a kayak or take a boat tour to check out the island.

There are some insignificant climbs and descents on the trail, but remember that you are at altitude over 3000m, so make sure you bring enough water, snacks and maybe a rain jacket too as the weather can change fast! 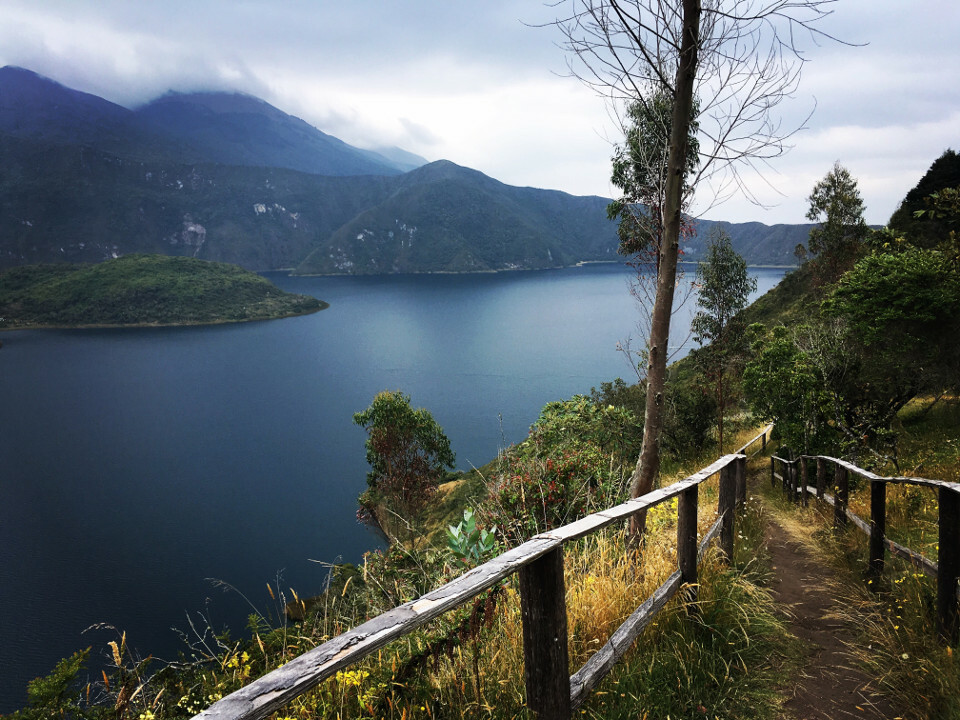 The national park is located in Cuenca in the Azuay province and is between 3k meters and 4,5k meters above sea level. The park is huge and of course, there are multiple tracking route options that vary from a few hours to a few days. The most popular hike is an eight-kilometer trail starting at the information point and ending back at the highway. 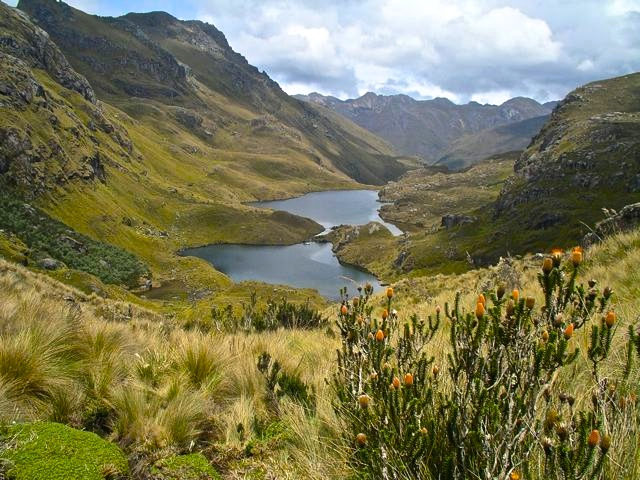 Rucu Pichincha is a famous volcano that overlooks Ecuador’s capital Quito. It is fairly close to the town and with the help of cable car, that is taking you right to the trail, you can trek to the top and back in a day. From here it’s a medium difficulty three to four-hour trek along winding dirt paths.

Once you get to the top, at 4698 meters, you’ll be rewarded with epic views of Quitos. 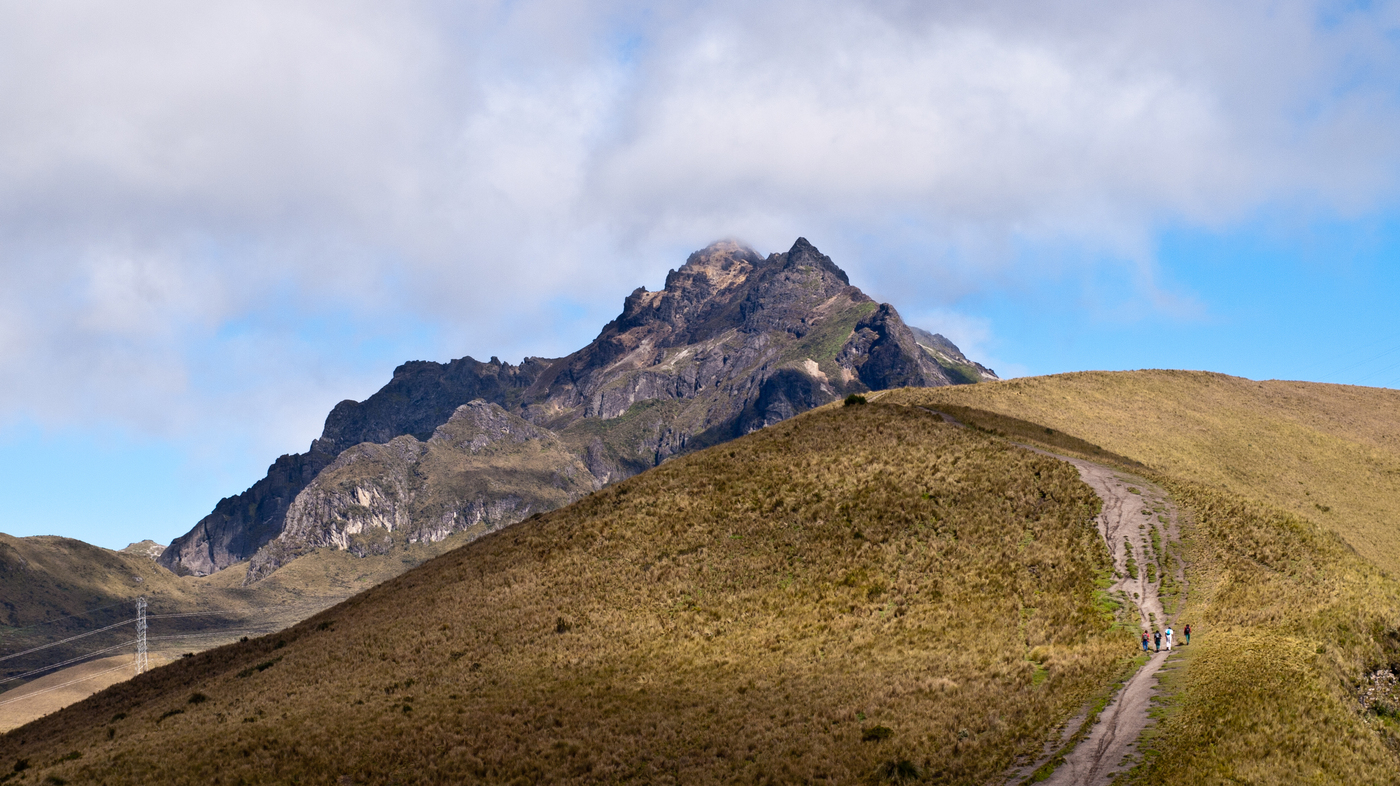 Cotopaxi Volcano is one of the highest active volcanoes in the world. You can hike to the summit at 5,897 meters above sea level. This volcano requires a lot of training at high altitude and is not for people with dizziness or general bad health.

If you want to experience being close to an active volcano, you can hike up to the first base, which shouldn’t take more than one hour to reach. 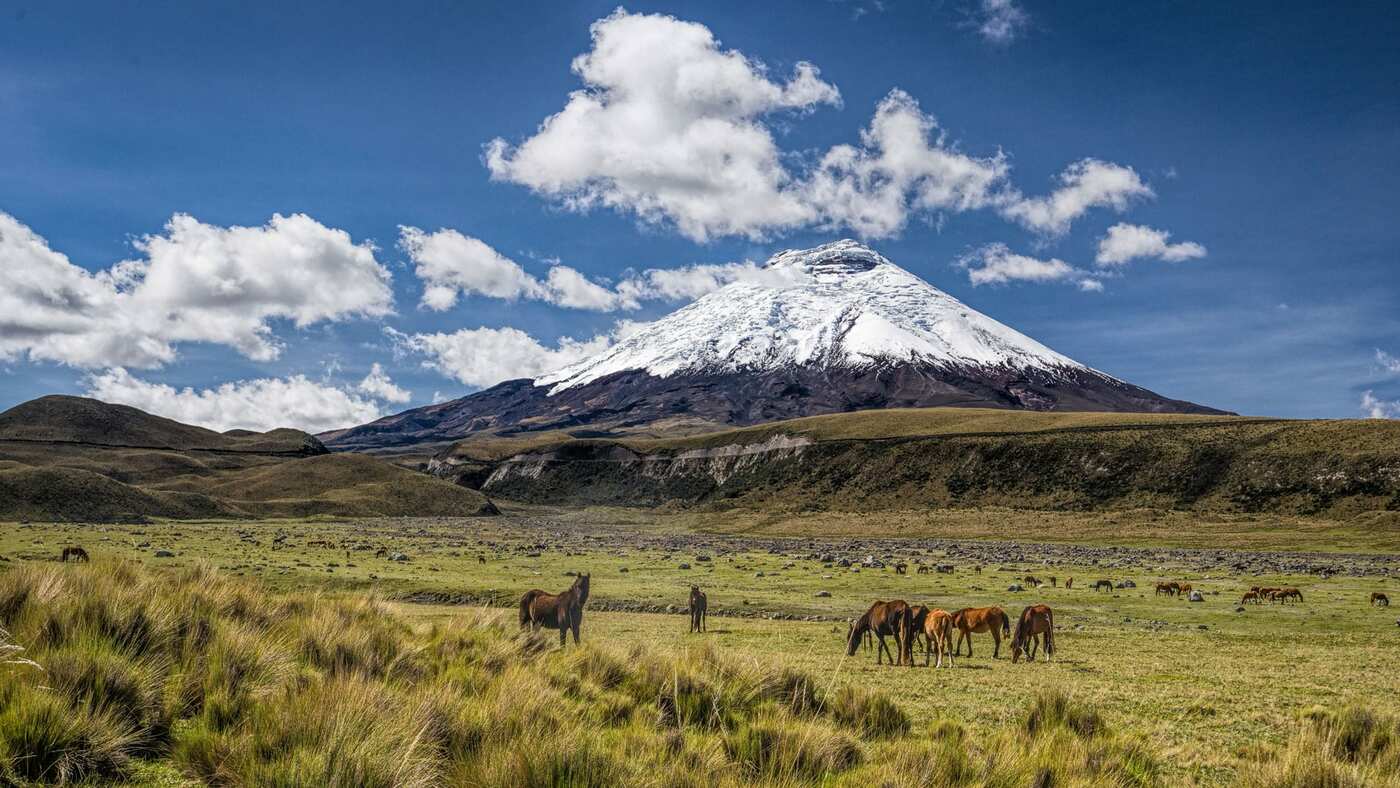 The Quilotoa Loop is a 40 km round trek that connects remote mountain villages and Quechua communities around the Cotopaxi province.

This three to five-day self-guided trek takes you past deep valleys, indigenous markets, llama farms, cheese factories before ascending to the Quilotoa Lake, an azure-blue crater lake created ages ago by a huge eruption.

After taking in the views you’ll finish with a technical5 km hike around the lake, and arrive in the town of Quilotoa. 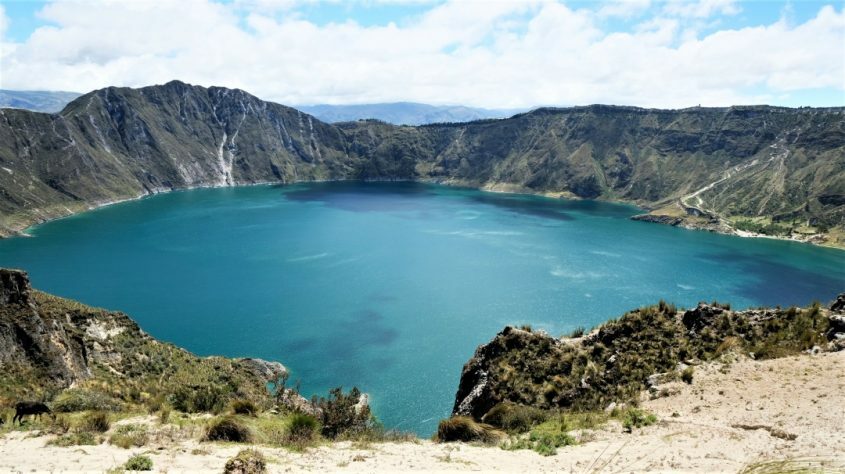 Machalilla National Park is located in the Manabí region of Ecuador. It is one of the most widely protected areas on the coast of Ecuador. The main tourist attraction of the park is Isla de La Plata – also called Poor Man’s Galapagos – where you can see lots of Blue-Footed Boobies. The other main attraction is Playa Los Frailes, which is rated one of the most gorgeous beaches in Ecuador. 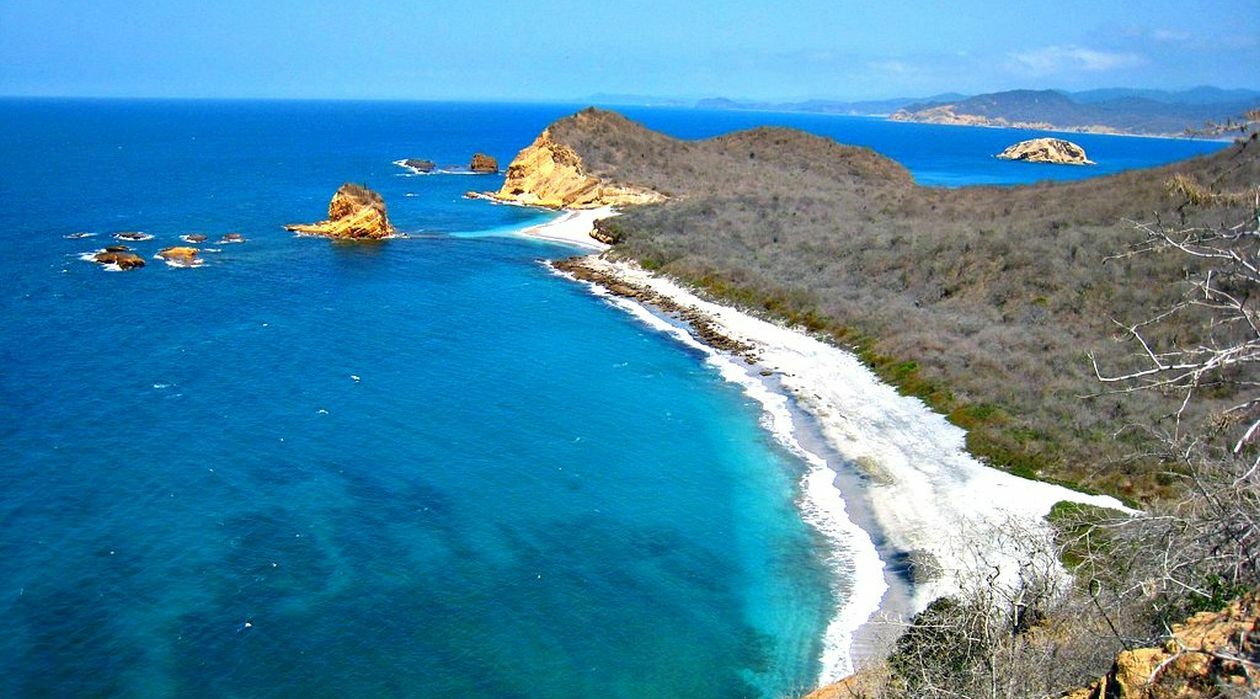 The climb is difficult and steep and the path is narrow, sometimes with large drop-offs on both sides. It can be risky and is not recommended for inexperienced hikers and if you are scared of heights.

It’s a loop and you can walk back down along the ridge to Vilcabamba after the summit in around 4 hours.

People have got lost on this trail however, so do make sure you keep the town in view at all times and take a compass with you too. 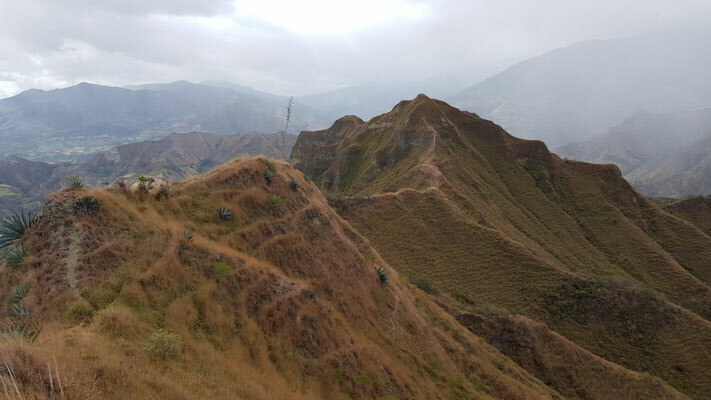 If you want to experience the Amazon jungle hike, this is the place for you! Although, its an adventure even to get there.

The wildlife here is incredible, and you can see toucans and parrots, peccaries and spider monkeys, tarantulas and anacondas, howler monkeys and harpy eagles.

There are lots of guided hiking areas in this park and strictly controlled tourism helps to keep this area protected. Try out hike to el Mirador. The trek itself is only about 2 hours, but it will take you to the highest point in the park and you’ll have an amazing view of the entire rainforest. 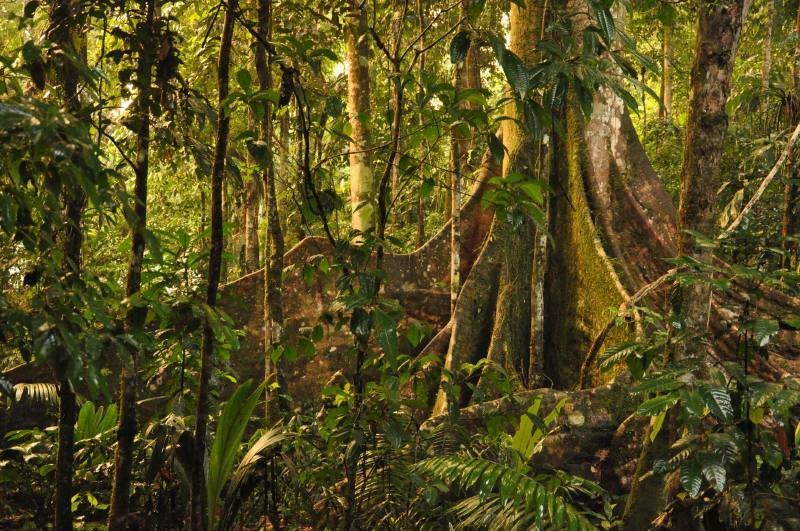 Probably you have heard about La Mitad del Mundo.

So once you go there remember that there are many routes in this area that are thousands of years old, there since the Incan times and even earlier.

Once you step on those paths, you’ll feel like you’ve gone back in time, or that you’re on another planet. 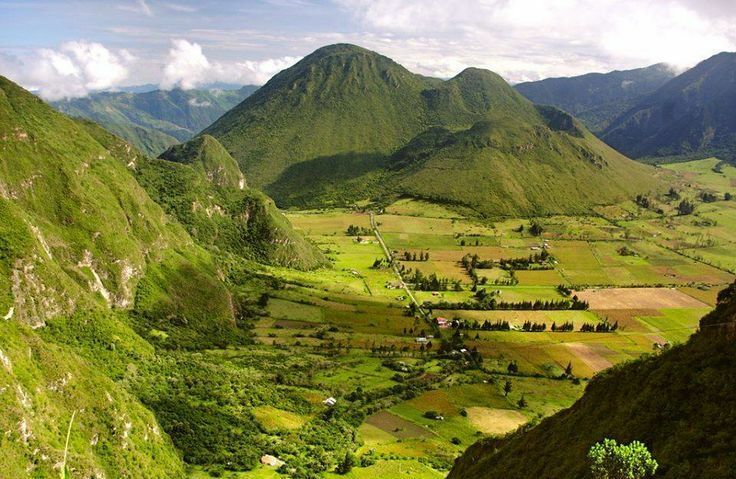 Inca Trail to Ingapirca is a 40 km hike that follows some of the ancient Inca road that once went from Quito to the Incan capital of Cusco, Peru.

The trail tops at 4200 meters and is manageable over the three-day hike, where you’ll be amazed by the isolated wilderness, and experience parts of the original Inca Trail constructed over 1000 years ago. Not to mention beautiful lagoons and Incan ruins.

The modern trail starts at Achupallas, an hour's drive from Alausi, and ends at the Ingapirca ruins. YOu can also take a colectivos or taxi to the beginning of trek from Alausi. 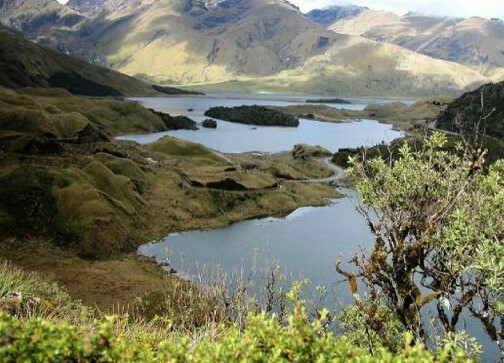 See other briefs for Ecuador

How to get to Quito downtown from Airport - Ecuador

Where to go for Amazon tour in Ecuador? - Ecuador

What to do in Ecuador - Ecuador

What to eat in Ecuador? - Ecuador

What to do on Galapagos Islands? - Ecuador

What are the best beaches in Ecuador? - Ecuador