Not far from the Rif and Middle Atlas mountain ranges just outside the northern city of Taza, the Friouato Caves are located.

That is a collection of underground areas that have been explored by many travelers who visit Taza town.

The rocky terrain can make for a difficult journey to the caves.

Several trips via Grand Taxi may be necessary to reach the Friouato Caves, but the subterraneous landscape and nature views make it well worth the trip.

It is one of the most complex cave systems in North Africa.

It is unclear when the inhabitants of Taza first discovered the cave system. In 1930, Norbert Casteret led one of the first recorded expeditions of the caves, reaching 146 meters and discovering the underground river that flows through the caverns. Up today the farthest explored known point is about 272 meters, but its real limits are still mysterious. However, some locals believe that it is about 3.5 kilometers in length.

Today, visitors to Taza can explore the caves themselves, along with a local guide.

Impressive calcium carbonate stalactites and stalagmites can be found inside the cave system along with large limestone tables.

The caverns can be accessed by amateurs as well as experienced cavers. If you’ve only got limited time, you can pay the small entry fee to descend a ladder into the main cavern and see centuries-old stalactites and stalagmites. 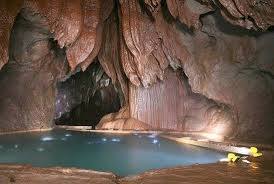 For adventurers ready to squirm on hands and knees through muddy crawl spaces, wade through knee-deep water and dodge bat droppings, a several-hour guided tour is available.

Once inside, you’ll cross underground lakes and explore various caverns.

Much of the time your only light will be from your head-torch. Be careful as the rock floor will be wet and slippery.

Be sure to bring an extra set of clothes or you’ll have trouble finding a taxi that will drive you back to town!

It’s best to start a trip from Taza to the caves in the early morning, as you’ll need to organize a taxi to transport you there and wait or come back and pick you up after the tour. 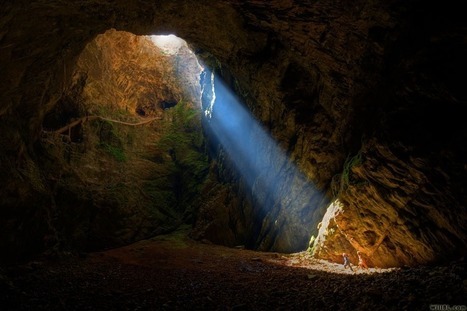 Once back in Taza town, spend the afternoon checking out the city’s beautiful fortifications and medieval buildings. Set between the Rif and Middle Atlas mountain ranges, Taza served as a fort that overlooked the important Tizi n’ Touahar pass.

Traveling to Morocco as an American citizen - Morocco

Language to use in Morocco - Morocco