Jaipur - the famous Pink City in India, is the capital of Rajasthan state. The city is built in the early 18th century. And is one of the most visited cities in India, both by Indians and foreigner travelers.

The most popular Jaipur attractions, besides its pink city walls and buildings, are the ancient palaces and forts, with elaborate architecture that serves as a splendid reminder of their royal legacy.

There is even a local law that commands all buildings in Jaipur to be painted the characteristic pink. The reason is that this pink is a noble color and the entire city was painted, under the direction of the Maharajah for the visit of Prince Albert in 1876.

Situated between Delhi and the tourist-popular Rajasthan area, the city is a convenient destination to add to any tour of the region. For visitors following the “Golden Triangle Tour route” Jaipur has a unique atmosphere and heritage when compared to Delhi and Agra.

How To Get There

Since the distance is only 5 hours, a scooter or bike ride would is a common choice for enthusiastic bikers. Otherwise, you can rent a car.

The distance from Delhi to Jaipur is approximately 268km. Take a look at the 3 routes available to reach Jaipur from New Delhi

1.New Delhi to Jaipur by flight

You can travel from New Delhi to Jaipur by booking a flight. The total flight time between New Delhi & Jaipur is around 55min.

You can reach Jaipur from New Delhi by traveling in a train. New Delhi to Jaipur train takes approximately 3h 46min.

Traveling on a bus is one of the ways to reach Jaipur from New Delhi. The total journey between New Delhi & Jaipur takes around 5 h 00min in a bus.

What is the hidden and unusual tourist attraction of Jaipur? 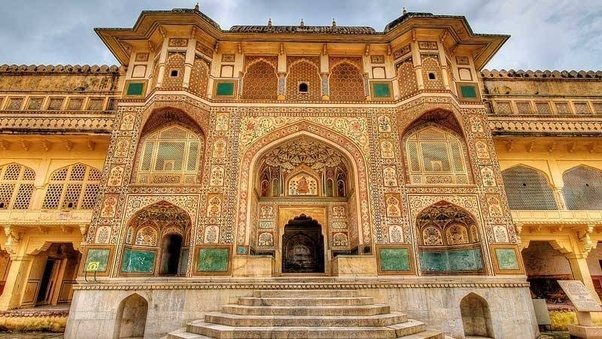 A temple dedicated to the Hindu ape god Hanuman is one of the most popular on the site because a tribe of his present-day monkey relatives lives there. Along with living in the Galtaji temple, the monkeys also sway from the complex temple facades and cause chaos for guests and pilgrims. 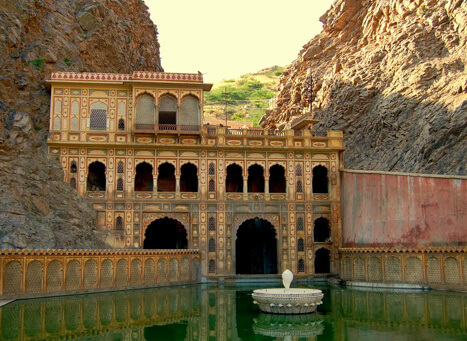 Known as Hawa Mahal in Hindi, the Palace of the Winds was constructed in 1798 for Maharaja Sawai Pratap Singh as part of the women’s section of the enormous City Palace at the center of Jaipur

Gaitore Ki Chhatriyan is the royal crematorium grounds for the Kachwaha, a Rajput clan that governed in the region. The site was designated by the founder of Jaipur in the 18th century.

The structures point the spots where former rulers were cremated. 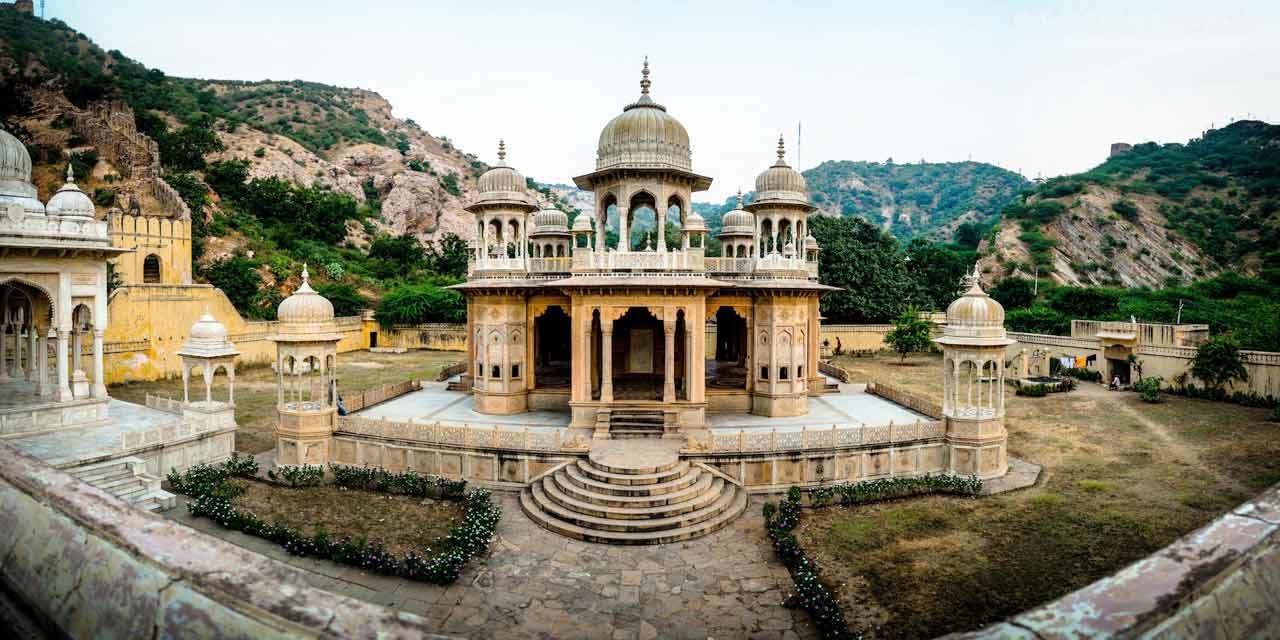 The old step well has consisted of 3500 narrow steps along more than 13 stories. The well extends up to 30 meters into the ground letting it become one of the deepest and largest step wells in India. 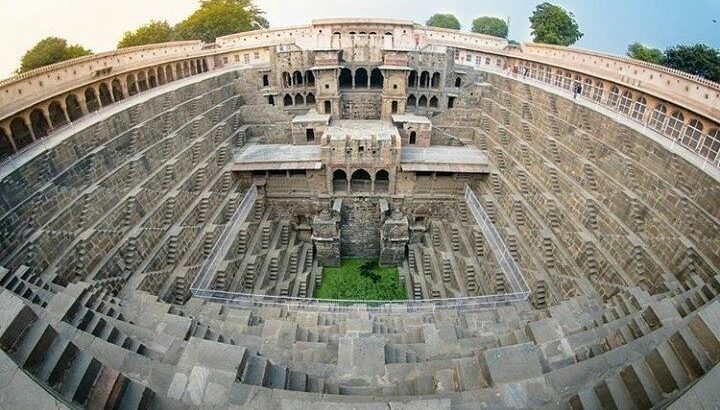 Avoid train station scams in India with those tips - India

Useful tips on taking the train in Kerala, India - India

Head to the airport early when travelling in India - India