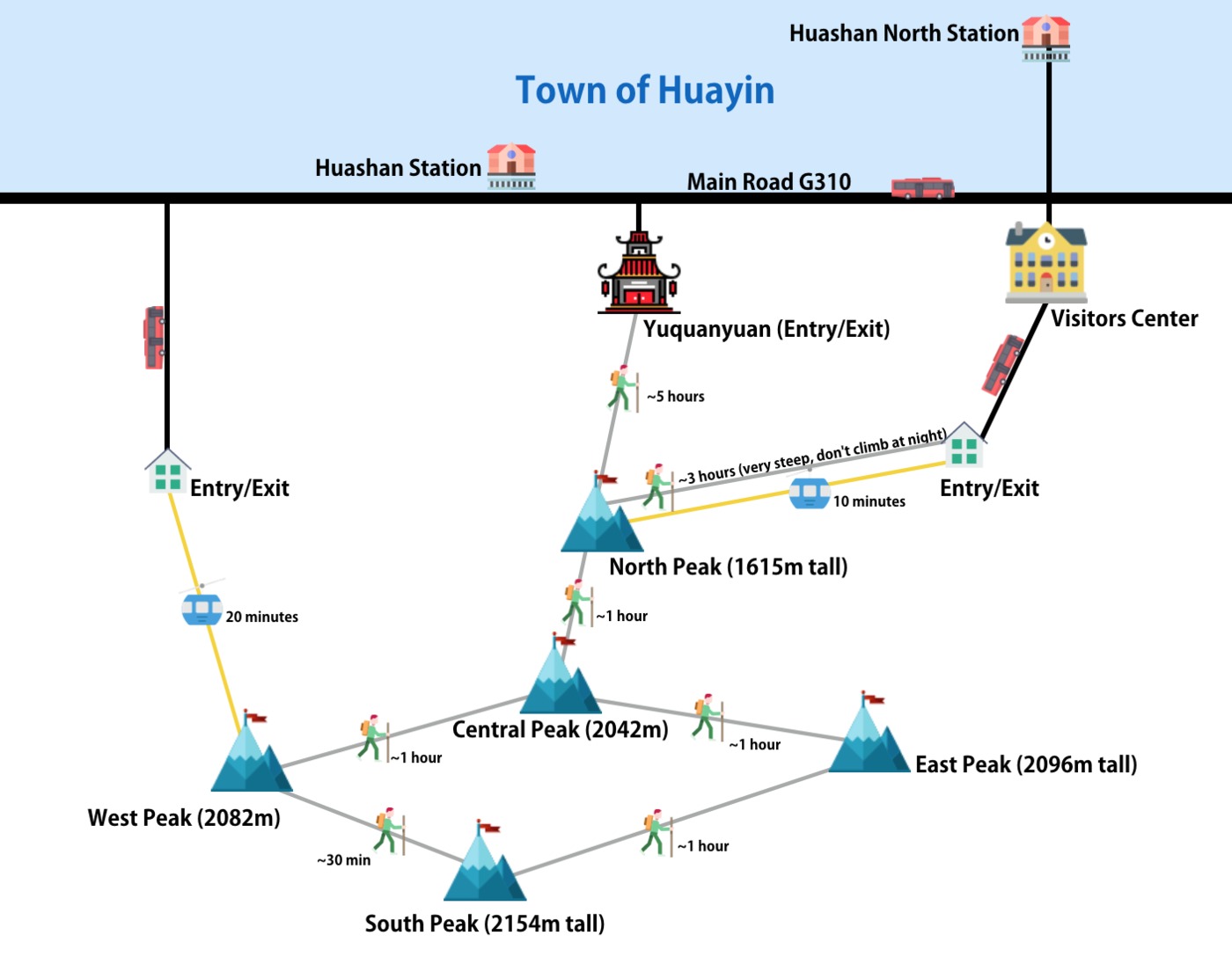 There are a number of possible route options:

Of course, you don't have to do either of the four options, you can do whatever you want. The nice thing about Huashan is that the park itself is open 24 hours, so there's really no constraint (aside from the cable car hours if you want to do that) for you if you want to take your time.

See other briefs for Mount Huashan

How to see the sunrise at Huashan - Mount Huashan, China

Best way to get to Huashan from Xi'an - Mount Huashan, China

How long to visit Huashan for: 1-2 days is good - Mount Huashan, China

What to pack for Huashan - Mount Huashan, China

Best way for travelers to pay for things in China - China